Why We Become TCC Teachers

Why We Become TCC Teachers

Many T’ai Chi Chih students eventually become TCC teachers, some many years after first experiencing the practice. Why do they then undertake the extra level of study and commitment? In the August 2016 issue of the TCC journal, The Vital Force, several newly accredited TCC teachers explained their reasons. Excerpts follow below.

“I don’t remember when I chose to become a teacher, but I do know that it came to me slowly – only after I started studying Justin Stone’s book, Spiritual Odyssey. I initially rebelled, but when I finally started reading this book my heart was joyous. … Let me be clear: TCC is not a religion. Yet Justin’s background is steeped in (older eastern) religions, and that spirituality shines through in his writings. It’s this inherent spirituality in TCC that calls me to teach. I want to share this heartfelt Joy, this oneness of humanity, with others.” – S.R., Fort Collins, CO

“My TCC journey began more than 20 years ago. As a teenager attending community college in Arizona, I saw a T’ai Chi class listed. It sounded cool, far eastern and maybe a little mystical, so I signed up. I’m glad I did. The wonderful class turned out to be T’ai Chi Chih. I even wrote a poem about it for The Vital Force (December 1994). And I enjoyed class so much that I enrolled in Seijaku the next semester to deepen my practice.

“After completing my degree and moving to Las Vegas, I couldn’t find a TCC teacher so I practiced on and off for years – sometimes more, sometimes less.

“Fast forward to 2015. I decided to reconnect deeply with my practice and was delighted to find a retreat just over 100 miles from my home in Arizona. The softness and beauty of the retreat leader’s practice made me fall in love again. I was determined to connect with a community to practice and share the Chi. Unfortunately, there were no instructors teaching near my home. I was going to need to build the community I wanted to be a part of, so I would have to become an accredited teacher myself.” – N.P., Surprise, AZ

“In the early 1990s I was living in Arizona and could not get through the pain from a major loss. So I sought out a grief counselor who was also a T’ai Chi Chih teacher. She had me doing TCC weekly with her for almost five years, which was a big help with the grief process. When I returned home to Colorado, I stopped doing TCC for about 15 years because I was busy as a single mom. I may have left TCC but it never left me.

“Once again I found myself with another major loss so I sought out TCC again. I realized then that I really want to help others by teaching because it has helped me so much. I want to help seniors with their health, and possibly grief, since as they get older they start losing so much.” – B.F., Arvada, CO

“I had been introduced to the practice in 1998 and had been attracted to its benefits and its lovely practitioners. However, I had not been active for many years, and now … I knew I had been called to teach and I began to believe in myself, and to believe that my sincere effort would allow me to be successful and to pass the teacher accreditation process. However, as with all of life, once this hurdle was passed, I would then be called to begin again – this time as a new teacher. Isn’t life grand?” – E.F., Glenwood Springs, CO

Where in the World? Visit our website for photos of TCC practice around the globe. Submit your own.

1) Subscribe to The Vital Force. Our quarterly journal offers engaging stories, hints and insights from TCC teachers and students. We also highlight wisdom by, and photos rarely seen of, originator Justin Stone.

2) Subscribe to this monthly e-newsletter by sending an email. 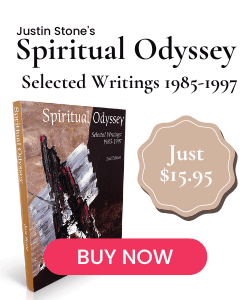