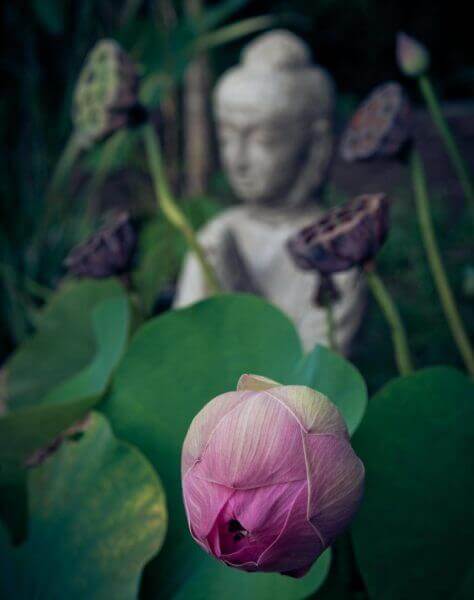 Watching someone practice TCC, the grace is evident. Doing TCC, the benefits are clear. Teaching TCC, we pass on to students these precious movements in many ways beyond language.

Teaching How To Let Chi Flow From The Center

Letting The Form Move The Chi

Teaching T’ai Chi Chih in a health club presents its own challenges and rewards. The greatest challenge is that attendance is always in flux: one week I have almost all veteran practitioners, and another week half the class might be newcomers or students who attend sporadically because of health or work issues. As a result, I need to teach the basics at almost every session. The greatest reward, though, is that I teach basics at almost every session. As a result, I have had to find ways to teach the core of TCC (flowing from the center) in a way that works for students at all stages of their practice.

Teaching How It Feels, Not How It Looks

I often have the group start by making a circle, and with their hands loosely held behind their backs, begin the side-to-side locomotion of Carry the Ball to the Side. I choose this move for beginners because any compromise to the completeness of the sideways weight shift is more easily recognized since we actually bring in the “empty” or yin leg on the third step. If the student leans to the side or reaches to bring in that “giving” (or empty) leg, he or she immediately realizes that the weight has not yet been centered on the “receiving” (or “filling”) leg.

Once the students internalize the sense of a soft, unwavering vertical plumb line (running between the weight-bearing part of the foot up through the tan t’ien, heart and to the spot between their eyes) and realize that the body is not moved by pushing or effort, but rather by relaxing both legs and letting the body’s weight “pour” completely from one side to the next as the straightened leg is bent, they are ready to try the yinning and yanging step.

I sometimes ask them to think of their spine as a slightly melting stack of little ice cream sandwiches on a plate (the hips) so that they are not tempted to lean their shoulders into the movement, or reach with their arms when we add them later.

I ask students to consider that even the forward step is also side-to-side, and that the feeling of allowing the energy to be given up by one side in order to be received by the other is the same in both types of move. Again, with the hands resting behind us and an upright relaxed body and gently bent legs, heels together, we begin to orient their body’s center plumb line over the right foot, always moving from the tan t’ien. When all of the weight is over the right foot, we gently set the heel of the left foot forward and slightly to the side (without reaching), set the left heel down, then immediately bend the left leg and allow the hips, which are bearing our relaxed upright body, to flow into that side until the right side is empty. All of the weight is now on the left leg and the body is centered right above that left foot.

It is essential that absolutely no energy is put into the back foot during this weight shift, because that would cause the body to lean forward, and more importantly, it would hold yang energy in the side that needs to be waning into a yin stage (becoming the empty vessel). As with any energy exchange (think a piston or a battery), the more energy that is taken out, the more energy that can be put in.

The other element of this approach is letting the hands become like dinghies pulled behind the powered craft (the tan t’ien). The hands are always pulled by the power source and have no power of their own. Once I took power away from my arms/hands I began to truly experience TCC doing TCC.

To help students feel this, I verbalize the idea that the energy that moves the arms comes from, and actually mentally follows, the generation of movement that starts with the tan t’ien. In each move students are asked to relax, think of where the center weight is and where it is going, and once that core weight shift starts, then they can let something happen with their arms/hands.

Think of the hands in Bass Drum moving forward because the tan t’ien has started forward, energizing them. Think of the arms in the various platter shapes moving to the right or left because the tan t’ien has started off to the right or left dragging them with it, then let the hands refine the circular shape (rather than thinking of the arm movement as making circles on their own related to which foot is forward).

Think of the arms rising in the “Daughters” because the tan t’ien has started moving forward, creating the energy which motivates them to gracefully rise, then allowing them to gently fall in their beautiful patterns, like raindrops flowing down a window, or the glittering stars of fireworks in the night fading as the tan t’ien moves backward: a gravity-powered energy pump, each yin becoming the genesis of the following yang. Forward and back, rising and falling, filling and emptying: part of everything that lives.

Moving From The Center Prevents Fatigue And Injuries

This shifting of all of our weight when we walk and practice TCC in this natural way protects our knees, because they correctly align themselves between the weight-bearing part of the foot. The hip socket can then relax until called upon again. I have observed with my older or injured students that the size of the step or the depth of knee bend is much less important to achieving a deeply-felt practice than is the completeness of the weight shift. Even people who have to use walkers can experience a wonderful flow of Chi although they are only able to take small, shallow steps.

I have had my share of arthritis and other age-related physical issues, and many of my students come to me because they are not able to do much exercise due to health problems. We have all found that by religiously focusing on experiencing a full weight shift with each move, the body is always relaxed, and the “empty” side gets to rest, so the legs do not tire no matter how long we practice. In fact, most students find they have much more energy after class than when we began, and go on to the rest of their day with a very positive attitude. You might even call it joy.

Reprinted with permission from the May 2015 issue of the T’ai Chi Chih journal, The Vital Force.